Will Augmented / Mixed Reality Spell the End of the Mobile Phone? 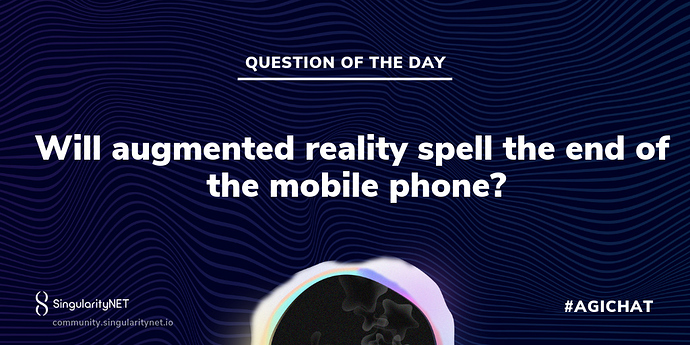 Smartphones have transformed everyday life so much that it’s easy to forget that they only became popular a little more than 10 years ago. That’s when Apple released the iPhone, which combined mobile internet access and computing power with a multi-touch screen interface, making it possible to do pretty much everything by tapping, flicking and pinching with your thumb and forefinger. A recent survey found that smartphone users now spend about five hours a day using their devices, which is why it’s tough to walk down a crowded sidewalk in any major city without bumping into someone fixated upon his or her smartphone screen.

There are many arguments for and against increased use of technology in such a way, but on both sides of the argument it has become very clear that mobile phone use has diminished our presence in the moment and reduced our physical interaction with other people and the world around us as we absorb information and communicate in increasingly more innovative ways.

This scene is not uncommon…. 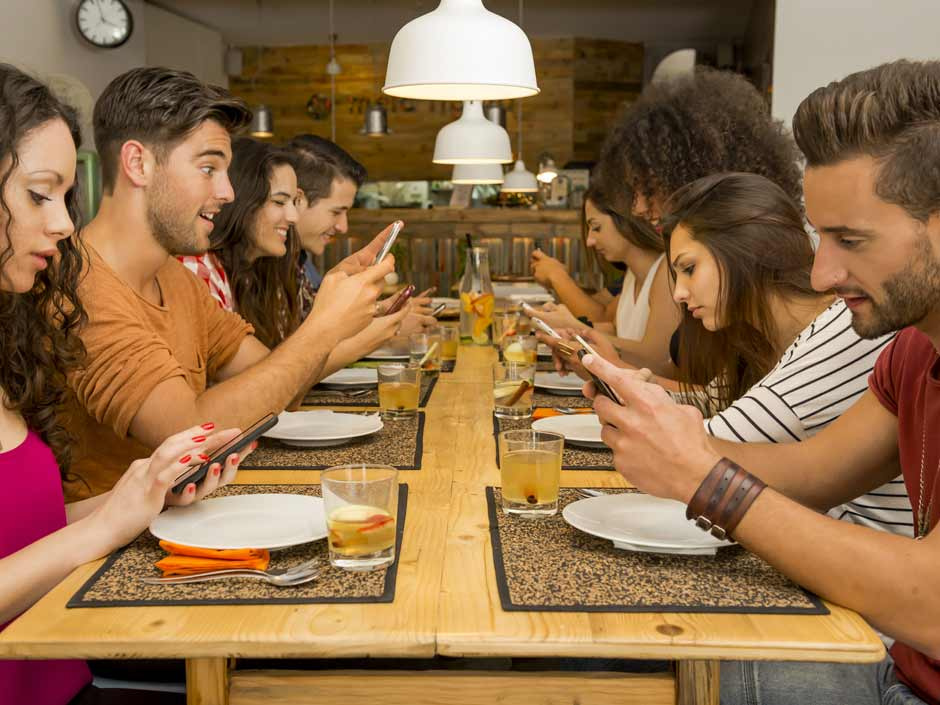 You might think you can’t live without your smartphone, but tech companies expect you to do just that in the not-too-distant future.

There are billions of dollars pouring into the developing of the device that will likely replace our beloved smartphones, and the race is on to usher in the new age of connectivity.

So what is the device, you ask? 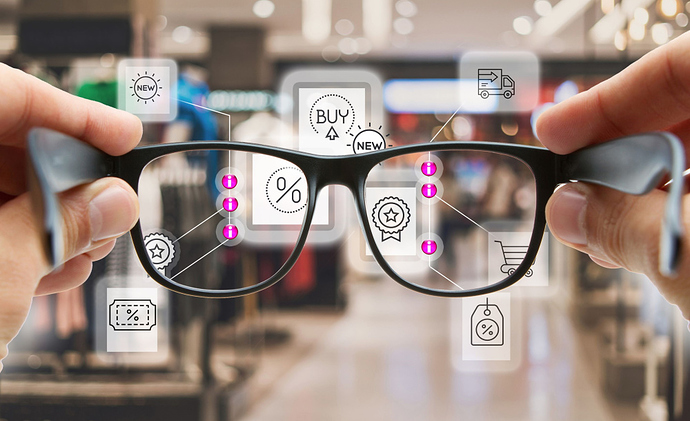 They are glasses capable of sophisticated augmented reality (AR) that will take the screen from your hand and instead overlay the content onto the real world in front of your face.

Google once tried this concept back in 2012 with a limited release, the promise of the concept was fantastic, the implementation, however, did not live up to that promise and was a commercial failure.

This though was less to do with the value of the technology and more to do with the technical implementation and the resistance from the public to wearables. A lesson learned is that people if they are going to wear something, especially in public and for extended periods of time, that wearable should look good.

Very few people want to look like this, even if they have all the functionality they might want. 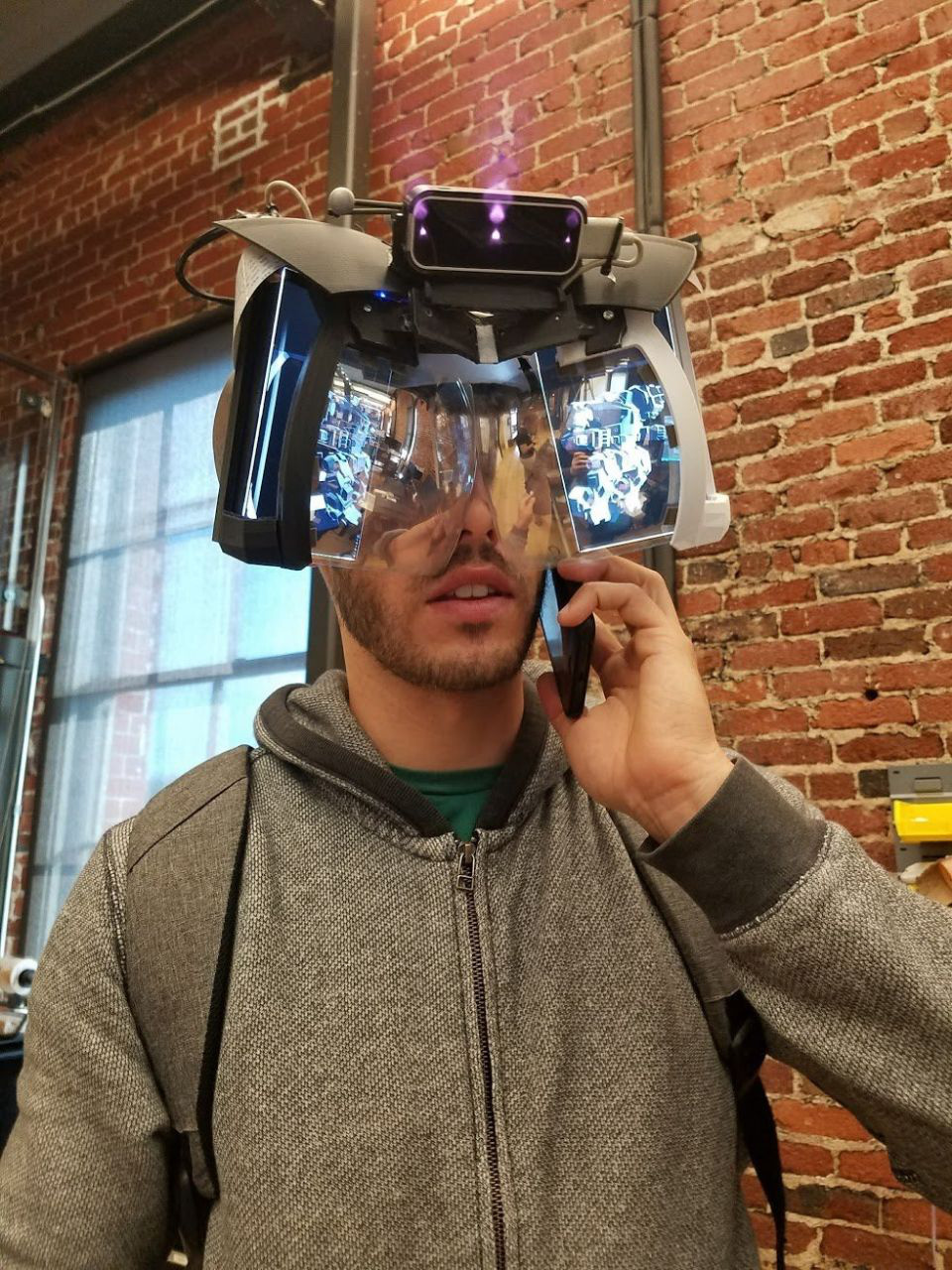 Why should we be excited for AR?

The mobile phone was a huge success because it solved a communication and mobile computing problem, Augmented reality moves us toward being untethered from our devices, but so much more than this.

The possibilities of AR are almost endless and it is set to utterly transform our world over the next five years.

More than just overlaying simple monochromatic information which will obviously not replaced the functionality of your phone, but moving toward true augmented reality in full colour.

With sophisticated three-dimensional depth scanning techniques and smaller faster more energy efficient processing available it is possible go one step further than simply overlaying graphics in the real world and add contextual environment aware content. One of the hooks in fact of the smartphone is, of course, it’s touch screen interactivity that is so intuitive that even a three-year-old naturally knows how to use an iPad.

Holoportation - The next Big communication breakthrough

Augmented reality has the potential to change our lives in ways we haven’t thought possible, a technology that frees ourselves from looking at our six in screens and brings us fully present in social settings, but going one step further, allowing human contact in the most natural way possible even if those we are interacting with are on the other side of the planet.

Soon we will be at a point where it is possible to bring the true power of computation into a form factor that is socially acceptable, bringing the ability to interact with our technology and with each other in an increasingly more powerful way.

Our smartphones are already an extension of ourselves, at this new level of integration with our technology the lines begin to blur between where our technology begins and ourselves end and the question will become even more prevalent what does it mean to be human?

Well I think augmented reality needs to use more than our eyes (eyeglasses) but my question will be… If someone requires quite specific prescription glasses for Astigmatism or other eye condition, who is going to make those prescription lenses, the Optician, or the AI manufacturer? And how might they collaborate? Varifocals with antiglare, transitional shading, low distortion etc, are already expensive. With Augmented Reality included, the price is likely to run into thousands. Since eye glasses are pretty breakable, an extra cost will be incurred to make them unbreakable and custom fit… Likely with a wrap around lense for complete peripheral vision.

I suppose, in the long term, AR could replace the phone, but given the number of people who wear contact lenses, because they do not want to wear glasses, it might be a harder sell at first.

By the way, I saw a baby of maybe a year old, (but looked pretty young) happily swiping his mother’s mobile phone (she had given it to him to entertain him). He knew exactly how to change the images. I have also seen kids swipe the pages of a book to try to do the same thing.

What we see as pretty amazing, the kids of tomorrow see as mundane.

That holoportation video was great. I think we will see this first in the form of holographic TV. And then be able to record our holographic vacation videos to play in the same way. Real time holographic communication will take a bit longer.

Certainly once such devices are perfected they will come to replace mobile phones, just as mobile phones replaced pavers. As a frequent
traveller, I much anticipate holoportation, it’d be so neat to be able to keep in touch with friends and family in real time, and feel like I am actually with them.

While glasses sound like a better option than a chip in your body, I do wonder how it would effect the eyes/brain to wear this device for long periods of time (not that staring at a screen all day is any better).

Full stage AR will change life as we know it, people will have to get used to this new way, objects being present where they “really” aren’t, watching events play by play like in the video…it almost sounds like it could be quite chaotic, but eventually humans adapt & it would just be the new normal.

I hope so. Nothing against computer phones.

I think mobile phones as we think we know them today are already dead. Right now our smartphones are computers with a phone integrated into it.

As for Augmented Reality, I myself am involved in a project where we try to use AR in video conferencing like to one from Microsoft. The problem that the we have right now is, it needs a lot of GPUs and sensors to capture and segment the object/person you want to send to the “other side” and render it there. I think AI, especially GAN networks, will have a big impact and allow us to use far less processing power.

But there is a big “but”, as I am a big fan of “Neuralink” I think this technology will eventually be the the killer of AR and VR as we know it today. Just plug in and dream

Its like the VR vacations in the movie “Total Recall”. Another cool piece of tech for glassless AR is the bionic eye, especially the interface into the optic nerv and visual cortex.

So, yes, IMHO Augmented Reality will spell the end to the Mobile Phone.
(Interesting times to be livin in)