Self Reflection for Fostering Interpersonal Skills

I’ve been thinking through an idea. It would involve HR deployment of a feedback tool, employees of an org would be asked to give anonymous feedback for other employees regarding their personality traits and physical appearance. Each employee would then have a reflection of themselves that serves as an accurate representation of how they’re perceived by others.

This deeply personal view would, ideally, encourage growth and relational skill development by reducing the uncertainty of how we as individuals are perceived through the eyes of our community. As input sources become more robust, avatar resolution gets more granular.

BIG PHILOSOPHICAL idea being a shift from individualism to more collectivism. Being able to know the software version of ourselves that’s running on the minds of our cohort would allow us to update it accordingly, or, in some cases, uninstall and reinstall it through one-on-one conversation. The avatars are not built from our own ideas of self but from our peers’.

May A Billion Flowers Bloom

Perceptions of others is only valuable to a degree. I don’t think it would form an accurate workable reflection, and the emotional impact on a group may negatively outweigh the benefit.

If the data was more scientific, such as physiological changes related to facial recognition (everyones blood pressure changes when they see Donald Trump ) then the data regarding perceptions of others may be partially useful, but we pretty much have that now. If we were to closely scrutinize each other to the point of full examination, currently, the psychological impact on the group would be negative.

However, if we collectively assess, using hard data, it could be beneficial. It would also be monetized and abused nearly instantly. Marketers and actuaries and PR departments already do this.

Self reflection or self examination has long been the pathway to self improvement. There are several tools for this, but honesty to the self, overriding physical concerns, is the major blockage.

The construct of avatars, “from peers” would not be accurate, but using information related to birth time and location would be. I’m not suggesting astrology, but rather hard data derived from calendrical studies. This removes the personal ideology, and replaces it with science.

Periodic energies that are cyclical in nature and permeate the human mind, are the primary source of ideas and provide a scale to assess likelihood of success. Studying those cycles and their components would provide a reflection of the self on a continuous basis, and also increase group awareness.

An interesting and simple study is the 20 day cycle of the Maya and Chinese. An example would be Joe Rogan. Each podcast begins with an image of a monkey. He is born on the day which is symbolized by the monkey. He has success using the attributes contained in the descriptors.
Every artist and scientist does the same thing. Tesla was born on the precise day which is the only one to mention electricity and lightening. The union of polarities. Freud and Jung share a common precise point in that cycle also.

The human reaction to this information is generally dismissive. In an economy where ideas are property and can be exchanged for profit, it is an unwelcome set of data. Privately however, it is used to certain degree.

I explained this to a rather successful artist. He was outraged at the notion that his product could be predicted by using his date of birth. It is the perception of personal attack and the loss of ownership over ideas, that prevents self reflection to any large degree. It is rejected, even if the proof is instantaneous, as was the case with the artist.

A great test is to match the computer avatars of people to their date of birth. All things are derived from a slice of pie in time, and the point of real free will lies just beyond that basic knowledge.
In the process of self reflection, it can be threatening for some, and a relief for others.

Either way, the examination of human behavior related to all external stimuli has been ongoing for millenia. The difference between an actual 'free will choice", and an idea, is not normally found in the public knowledge data base.

We are attracted to , and find success in , connecting to the point in time of given cycles, that are closely related to or precisely on our time of birth. Familiar cyclical energies.The cycles and their descriptors have been in every culture for thousands of years and they all match. Once that basic point of awareness is widely considered basic knowledge, then perceptions of others would be more valuable.

“The day science begins to study non-physical phenomena, it will make more progress in one decade than in all the previous centuries of its existence.” - Tesla

In all of the entire worlds scientific prowess, a single virus has humbled the species of human, and the deeper knowledge would have an even more drastic effect. Our species will not advance until we cure our lust for power and addiction to ownership. We are firmly on a plateau without basic self knowledge and situational awareness. Our “perceptions” of others, are not valuable at this time.

Thanks for your thoughts! I hear you but I think that as we’re perceived by others is the only meaningful way to evaluate self. We reflect on our interactions with others, and guess at what they’re thinking. Social behavior, good or bad, changes when we see (think about, reflect on…) how it affects others. I see something like this as a step toward curing a “lust for power and addiction to ownership.” Seeing an accurate representation of ourselves amalgamated from the various versions of us running on our peers brains seems like the shortest, most traversable path toward true self-awareness. What we have today, as far as what we reflect towards others, is not the public’s perception of our true selves, but images of traits and features that we think are most likely to have us accepted by a larger group. Perception is reality…maybe.

An artist for instance, generally is told to find what is their deepest heart place, and put that on canvas. In this endeavor, it is actually quite harmful to the process to be concerned or allow consideration of perceptions of others. They accumulate knowledge and exploration of the self, as much as any profession. Solitude and self reflection are considered integral to the process. 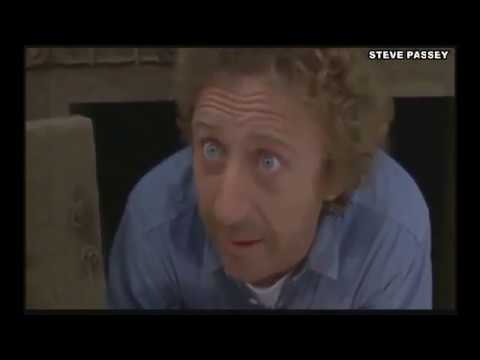